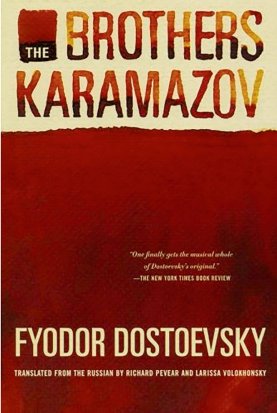 A number of years ago I took time and planned a reading schedule for myself.  The goal was to read as many classics as I could in a twelve month span.  Among the authors were Shakespeare, William Faulkner, Fyodor Dostoyevsky and the like.  It was truly a great way to reacquaint myself with the titans of literature that are often subtly referenced in our more modern ones.

It was all going well until I hit The Brothers Karamazov by Fyodor Dostoyevsky.

That book was a wall for me.  It then took me about another year and a half just to finish that singular text.  I would pick it up and read for a few days, get bored, put it down, pick it up and then be blown away by something in it and then the cycle would repeat.  I do not want to blame the famous book for this experience, rather, I would point to myself for being so quickly distracted.

Nonetheless, one of its early chapters, titled “The Grand Inquisitor” is one of the most memorable sections of this Russian narrative treatise on faith, philosophy, materialism, crime and culpability.

But what has stood out to me more than that lone chapter was a simple sentence that has changed my understanding of community, society, crime, and our part to play in all of that.  Dostoyevsky wrote,

“Everyone is really responsible to all men for all men and for everything.”

One of the greatest lies concerning our communal life together is that we maintain our separateness from the evils in the world.  We believe that if we did not actively do the evil, that we are not the the ones responsible for it.  But what if we are?

What if we found it our duty and calling in life to be held accountable in our town for the evils that are done in the next town over?  In the next state?  In the next country?  What if love of neighbor demands that we constantly assess whether or not we partake in a system or global culture that facilitates and even subtly allows sexism, ageism, classism, racism, homophobia, mass murders, poverty, homelessness, addiction, substance abuse, starvation, etc?

Let me be clear, we are each responsible to the whole world for allowing the world’s evils to continue.

In some sense, Dostoyevsky’s comment raises the thousands of years old question of, “who is my neighbor?”  The only answer to such a question is really the question restated, “who is not my neighbor?”

To love our neighbor means to seek their thriving, it means to pursue actions that enable them to live fully.  In a very real sense, it requires hope.  Why?  Because love hopes all things, love endures all things, love believes all things.  To love means to hope that a different world is possible, and that it is we, the inhabitants of this good earth, through whom this different world is possible.  Love hopes that there is another way than the evils and atrocities, the dismay and dejection, as well as the resounding sadness and resignation to the despairing mindset of “this is how the world is.” 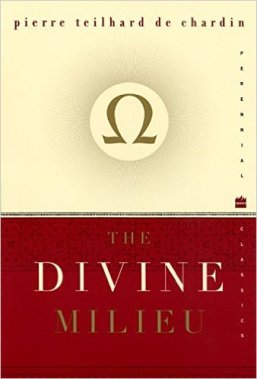 I just recently finished reading two books by a delightfully unique French Jesuit paleontologist, Pierre Teillard de Chardin.  His understanding of his faith was that it is a horrific belief against the Christian belief to say “but this is how the world is” and to resign to do nothing or to assume that nothing will ever change.  His understanding was that the Kingdom of God comes through the faithful actions of true Christians.  In The Divine Milieu he writes,

“No, if he is to practice to the full the perfection of his Christianity, the Christian must not falter in his duty to resist evil.  On the contrary, during the first phase, as we have seen, he must fight sincerely and with all his strength, in union with the creative force of the world, to drive back evil – so that nothing in him or around him may be diminished.” (p.58)

Once again, we are responsible to all for all.

One thing that I find utterly unique concerning de Chardin’s thinking was that he found despair to be the ultimate affront.  As someone who lived during the World Wars, a man who was working in Pekin, China during the bombing of Nagasaki and Hiroshima, de Chardin deliberately chose not to give up on humanity.  To acquiesce to some degree of “things will never get better” proved to be more of a faith in doubt than a faith in hope.

A former student of his commented that,

“There was one limit to his tolerance: the one fault he detested, the one he would have nothing to do with, was the deliberate acceptance and delight in disgust with life, contempt for the works of man, [and] fear of the human effort…  ‘Anything that makes me sink lower-that,’ he used to say, ‘is the real evil.'” (p.xlvii)

To go backwards was a sin.  To fear human progress was abhorrent.  To not believe there is constantly a better way of doing this gift called life was to have “missed the mark.”  To not believe that mankind could one day live peaceably with one another was a complete refusal of the hope and trajectory of Christianity.  Ultimately, it was to succumb to a theology of despair rather than a theology of hope.

In the end, de Chardin knew that the only way to get to heaven-on-earth was together, especially if it is already bursting through where true love is present.  We must learn to recognize also what Dostoyevsky believed.  Namely, that when a tragedy or evil happens, we are all culpable and partially to blame (even if only fractionally).  Thus, the task at hand is always twofold…

Good God, if you are truly there at all, help us become what we should be.

This site uses Akismet to reduce spam. Learn how your comment data is processed.